Oil Change – The Benefits of Synthetics 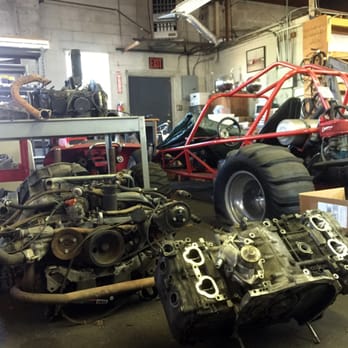 All engines need a motor oil change in order to run properly and efficiently. Petroleum and synthetic oils lubricate, clean, and cool the engine parts. While some engines can only use one specific kind of oil, car engines in need of an oil change can benefit from either one; although synthetic lubricant has become more common in today’s high performing engines. Petroleum is pumped from the earth, and refined for use as an engine lubricant. The synthetic variety is made in a laboratory with chemically modified petroleum compounds. It is chemically and mechanically superior to petroleum because it can withstand high temperatures without burning. A car engine can reach temperatures of up to 600 degrees, which can cause oil to vaporize; the flash point temperature is the temperature at which the lubricant will begin to vaporize. Synthetic oil can withstand higher temperatures, while the petroleum can only tolerate temperatures up to about 400 degrees. Additionally, if there is any burn-off, the synthetic oil burns cleaner, and does not leave behind ash deposits.

Viscosity refers to the lubricant’s overall thickness and is an indicator of how well it will coat the engine parts under extremely cold or hot temperatures. Petroleum lubricants contain wax impurities that crystallize and cause the oil to flow less easily under colder conditions. Some synthetic lubricants are specially made to withstand extreme cold and hot temperatures. The oil viscosity characteristics vary with the temperature changes, and both synthetic and petroleum are identified with a set of numbers to indicate the variable temperature changes that each can withstand. Single-grade lubricants have one set of numbers, which only refers to the lowest temperatures it can withstand. A lubricate labeled 5W will flow better at lower temperatures than one labeled 10W. A second set of numbers indicates how well the oil will flow at higher temperatures; these are called multi-grade oils because they can flow well in both types of temperature extremes. Polymer additives are added to synthetic oils, which enable them to handle this wide range of temperature differences. Point depressant additives are added to petroleum oil to prevent the wax impurities from forming, so that the lubricant can handle lower temperatures. Vehicle manufacturers will specify the type of oil needed for each engine. High performing engines in cold environments will need a multigrade synthetic oil when the time comes for an oil change.

Motor oil is an essential element of the engine because it keeps the parts lubricated. Moving metal parts grinding against each other without lubrication can create excess heat and combustion that can severely damage an engine. Using the wrong oil can leave these parts vulnerable to oxidation and premature wear. Research the vehicle manufacturer’s guidelines, and keep the weather conditions in mind when operating your vehicle.